The show «Behold, Silvery Cosmic Spheres of Light» by Jason Havneraas and Kjetil Berge is now in its closing week at Atelier nord ANX. We have talked with Jason about the show, the five year collaboration between the two artists and the peculiar technique in which their video works are filmed: 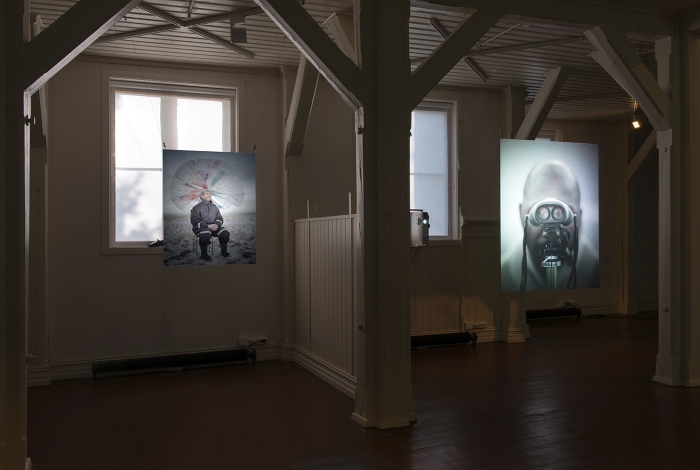 You are currently showing the exhibition «Behold, Silvery Cosmic Spheres of Light«, which is in its last week at Atelier Nord ANX. What is on display in the show?

We are showing 7 collaborative video works, 2 photographs by myself, Jason Havneraas, and two sculptures by Kjetil Berge.

The video works are filmed through an analog large format camera, which gives a characteristic soft glow where the light is particularly bright in the centre of the image. The videos are also filmed in one take, with the camera placed statically on a tripod. Could you please elaborate on this hybrid approach between still and moving images, and between the analogue and the digital?

The technique came about through a series of accidents and solutions to non-existent problems. My background is in photography, but at a certain point I wanted to make moving images. The digital technology available for doing this could never satisfy the aesthetic expectations I had built up working with large format photography. The images were too clean and sharp and had did not relate to the compositional grandiosity I have taken from the history of European religious painting. By filming the camera obscura image projected onto the ground glass of my 8×10 inch camera, a unique image is created that is neither photography nor video, but a hybrid documentation of an image that already exists in time and space. 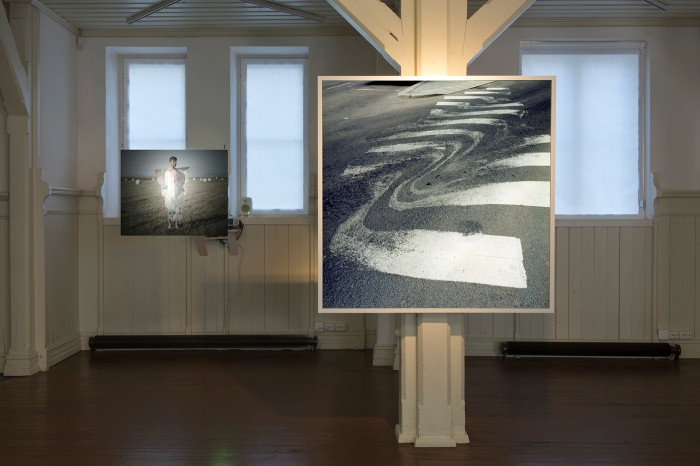 Over the last five years Kjetil Berge and yourself have collaborated on several projects, amongst others the shows Dear Day at Podium (2016) and NAVIDAD at Telemark kunstsenter (2015). How did you start collaborating in the first place, and what is that you find appealing with this way of working?

It all began as a light-hearted commitment to sing a duet together as a performance, first at Kjetil’s book launch at NNKS in Svolvær, later refined for his solo exhibition ‘Worlds Apart’ at Noplace, Oslo. As we engaged in the cathartic and, dare I say embarrassing, nature of performance, as a means to engage with the sanctity of everyday life in relation to the banality of sacred life, the concept of the earnestly solemn video portrait emerged. Growing up, both of us had an ambiguous relationship to our respective religious backgrounds. So solidifying in video, the tension between the everyday and the sacred, the popular and the esoteric, made perfect sense. Earlier more actively performative works have evolved over the past five years into the subtle movements and single actions you see in the exhibition. 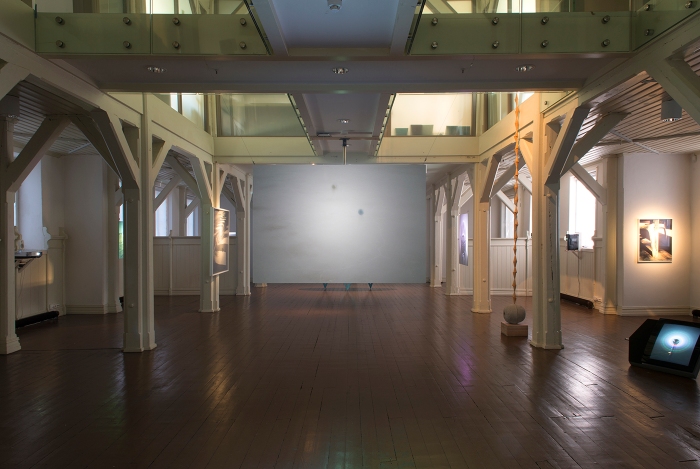 On the very last day of the show, Sunday 11.11., there will be a finissage at Atelier nord ANX. What is going to happen at this event?

On Sunday the 11 there will be two text readings by Jason Havneraas and Kari Veiteberg and four songs performed by singer song/writer Joe Winter. We continue using the everyday and the sacred, the popular and the esoteric. The performance take their cue from the gallery‘s previous history as a prayer house, nazi propaganda site and women‘s refuge. The event comments on the somewhat uneasy and difficult role of the artist as the bringer of a message. Is it necessary to imbue the work with the agency and intention of the artist and is it the conviction of the artist that persuades us?

THE EXHIBITION «BEHOLD, SILVERY COSMIC SPHERES OF LIGHT» BY KJETIL BERGE AND JASON HAVNERAAS IS ON SHOW AT ATELIER NORD ANX (OLAF RYES PLASS) UNTIL SUNDAY 11.11. THERE WILL BE A FINISSAGE WITH A TEXT READINGS AND A CONCERT AT 14:00.